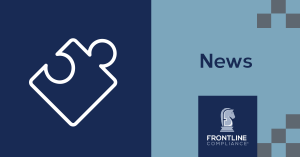 News of Bernie Madoff’s death returned a focus on his fraudulent scheme and how it occurred under the watch of the SEC and other regulators. One of its lasting impacts has been the implementation of significant changes in the investigative and enforcement processes at the regulators, so that this type of massive fraud would be prevented from happening again. Amy Lynch, FrontLine’s Founder and President, comments that the regulators, especially the SEC and FINRA, had their backs against the wall once the elaborate scheme by Madoff was uncovered. When their glaring errors and missed opportunities became apparent, the regulators were forced to implement changes. Since then, the SEC has benefited from improved centralized communication and tracking systems, as well as greater funding from the Dodd-Frank Act and establishment of a whistleblower program. Ms. Lynch adds that the growth of technology at firms has also allowed the SEC to better prevent frauds by having access to verified data coming into third party systems. See Law360 (subscription required), “Madoff’s ‘Seismic Shift’ On SEC, Compliance Still Felt Today“