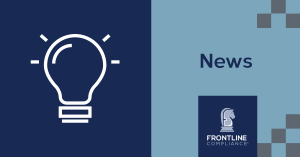 When the SEC proposed amendments to Form PF, it was described as filling the “gaps” toward a better understanding of the private fund industry and any potential systemic risks associated with it. As part of its review of the rationale behind the proposed amendments, Private Equity Law Report sought comments from Amy Lynch, FrontLine’s Founder and President, for its two-part feature story covering the issue. Ms. Lynch describes certain new reporting requirements for collecting data on systemic risk as potentially beneficial, such as measuring risk and the use of leverage in controlled portfolio companies (CPCs). However, other proposed changes, such as the reporting of common events, she perceives as amounting to “busy work” for PE firms where the benefit of the information to the SEC seems questionable. Ms. Lynch also points out that the SEC’s interest in accumulating more data through Form PF filings would essentially buttress information gathered from its exams and could allow for more accurate conclusions on what actions to take. Finally, Ms. Lynch comments that timing challenges with the proposed one business day reporting criteria may be greater for PE firms than hedge funds. She explains that since hedge funds typically use third party administrators to capture and report the daily data that would be needed, it could be less burdensome for them than PE firms, which tend to take on that responsibility internally.