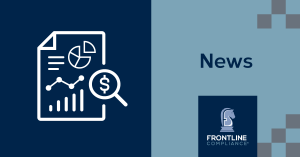 Prior to becoming SEC Chairman, Gary Gensler testified before Congress on fee abuses and conflicts of interest in the mutual fund industry, He also wrote a book detailing similar issues. So it was natural to think this would be a high priority item for his SEC agenda, especially 12b-1 fees, which Gensler had prior concerns about. In the lead comments for the BARRON’S story, Amy Lynch, FrontLine’s Founder and President, states that 12b-1 fees would likely be addressed in an upcoming SEC rule proposal on fund fee disclosure and reform. Since the SEC is already up against industry pushback on several other proposed rules, Ms. Lynch thinks Gensler may not eliminate 12b-1 fees, but will instead propose additional restrictions and required disclosures if they are used. See BARRON’S (subscription required), “The SEC Sets Its Sights on Mutual Fund Fees”