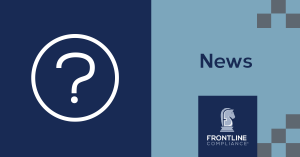 With its push for greater oversight of the private equity industry, is the SEC’s primary rationale the perceived growing risks in the private markets and furthering its mandate of investor protection? The recent rule proposal requiring more reporting of fund information on Form PF, including certain significant events at funds, would seem to support that reasoning. But, according to Amy Lynch, FrontLine’s Founder and President, that’s only part of the story. Ms. Lynch cites the SEC’s acknowledgment that the influence of public pension plans on private equity firms has created an uneven playing field, where fees and other terms may favor these large investors over others. Since this may box out other pension plans and their beneficiaries, the SEC would seek ways to limit negative impacts on these smaller institutions that are not afforded the same type of access to funds. See Institutional Investor, “The SEC Is Bearing Down on Private Equity. Blame Public Pensions.” and “The SEC Is Tightening Its Grip on Private Markets – But It May Be Disappointed”